30% of Medway people rent. Is that healthy?
Renting used to be a dirty word in the 60’s and 70’s. Tenants either lived in a ‘Rigsby Rising Damp’ style bedsit with wood-chip on the wall and a coin operated electric meter (my younger readers may have to Google that; Rigsby was a cheap landlord on TV) or you lived in a council house. In the latter part of the 20th Century, the British were persuaded that rent payments were ‘wasted money’. However, owning often makes less financial sense than renting. The rate of home-ownership is starting to drop substantially and today there is no stigma at all to renting. In fact, of the 240,080 residents of Medway, 73,057 of you rent your house from either the council or a housing association or private landlords – meaning 30.49% of Medway people are tenants.
﻿﻿
The idea of homeownership is deeply embedded in the British soul, and 162,874 Medway people live in an owner occupied property (or 67.7%). Housing is at the heart of Government policy. George Osborne has promised 200,000 new properties a year so first time buyers can buy their first home whilst recently changing the tax laws for buy to let landlords. As part of their vote-winning campaign, Thatcher (and everyone since) has been promising people their own home, and as a country, we seem to equate homeownership as an important goal of British life. 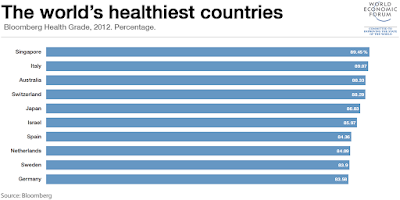 So as more and more people are renting nowadays, are we turning to a more European way of living? Well, I believe, as a country we are. In fact, homeownership could be affecting your health! According to Bloomberg, the UK is only the 21st most healthy country in the world. Germany is at No.10 and Switzerland at No.4 and homeownership is at 52.5% and 44% respectively in those countries (in the UK it is 64.8%).
In the Medway Council area, 69.79% of homeowners who own their house outright said they were in ‘very good’ or ‘good’ health whilst, at the other end of the scale, 7.56% said their health was ‘bad’ or ‘very bad’. Looking at renting, the census splits tenants into two types – 69.82% of Medway local authority/social tenants said they were in ‘very good’ or ‘good’ health and 11.51% were in ‘bad’ or ‘very bad’ health.
However, ‘private rented tenants’ in Medway, were the healthiest, as 86.07% of them described themselves in ‘very good’ or ‘good’ health and only 3.86% were in ‘bad’ or ‘very bad’ health
I am not suggesting that low homeownership rates in Switzerland and Germany are directly linked to health, nor do I expect Brits to all go to Berlin, Interlaken or Düsseldorf and realise how happy people are when they don't need to worry about all the stresses which accompany homeownership. Nonetheless, I do think that substantially all of the upside to homeownership in recent years has been a function of monumental rising house prices. Now that may be coming to an end, it's hard to see why anybody would want to buy?
Renting is here to stay in Medway and it’s growing incrementally each year. Even with the new tax rules for landlords, buy to let is still a viable investment option for most people in the area. There has never been a better time to buy buy to let property in Medway, but buy wisely. Gone are the days that you would make profit on anything with four walls and a roof. Take advice, take opinion and do your homework.
Feel free to email me HERE
You can also watch my Medway video channel by clicking HERE

My Numbers:
·      The home ownership / renting percentages don’t all add up tp 100% because there are such properties as rent free properties, tied properties (the house is part of the job) and caravans.
·      Numbers of renting from the Census, as are the health numbers.

https://docksidekent.com/blog/a-medway-estate-agent-suggests-that-home-ownership-may-be-bad-for-your-health/24297
Go back to the blog