So all cards are up in the air! With the forthcoming general election one thing is for sure, whoever gets the job to deal with Brexit has a hard job on their hands. As it currently stands, by not assuring the rights of EU citizens in the UK, Theresa May has squandered an opportunity to give peace of mind to our EU co-workers working and living in Medway (and the rest of the UK). No.10 Downing Street’s point of view is that in promising the rights of EU citizens in the UK, it will postpone the same guarantee to the 1.5 million UK citizens living in the other nations of the EU. 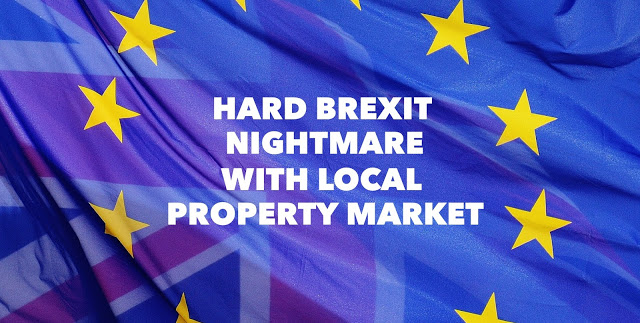 Putting aside the politics for one second, the simple fact is that now Article 50 has been triggered, we have two years to make a deal with the EU; otherwise it will be a hard Brexit. Now, you might not think a hard Brexit will affect you in your home in Medway but nothing could be further from the truth.
Of the 259,988 people who are resident in the Medway Council area, 233,338 were born in the UK, 4,802 were born in EU countries from West Europe and 4,322 were born in EU countries from the former Soviet States in East Europe (the rest coming from other countries around the world).
The rights of these EU citizens living in the Medway area are not guaranteed and will now be part of the negotiation with Europe. It is true that a lot of our EU next-door neighbours in Medway will have acquired rights relating to the right to live, to work, to own a business, to possess a property, the right to access health and education services and the right to remain in a UK after retirement. Yet, those acquired rights are up for negotiation in the next two years.
So, what would a hard Brexit do to the Medway property market?
Well a hard Brexit could mean the nuclear option when it came to the Medway housing market. It could mean that every EU citizen would have to leave the UK.
In the Medway area, 3,090 of the 4,802 Western European EU citizens own their own home and (so they would all need to be sold) and 3,223 of the 4,322 Eastern European EU citizens rent a property, so again all those rental properties would all come on the market at the same time.
Hard Brexit and mass EU Migration could mean around 3,200 properties being dumped onto the housing market in a short period of time, meaning there could equally be a massive drop in Medway property values and rents, causing negative equity for thousands of Medway homeowners and many buy-to-let landlords would be out of pocket.
While there is no certainty as to what the future will hold, both UK expats in the EU and EU citizens in the UK rights will no longer be guaranteed and will be subject to bilateral renegotiation.
All I ask is that the politicians are sensible with each other in the negotiations. A lot of the success of the Medway (and UK) property market has been built on high levels of home-ownership and more recently in the last 10 to 15 years, a growth of the rental sector with lots of demand from Eastern Europeans coming to Medway (and the surrounding area) to get work and provide for their families. Many Medway people have invested their life savings into buying a buy to let property.

Much will depend on what is politically realistic. Unilateral knee-jerk reactions and measures caused by a hard Brexit would not only likely cause major disruption or suffering to the 3 million EU citizens living in the UK, but also everyone who owns property in the UK ... politics aside - a hard Brexit is in no one’s interests.
Are you curious about the current rental or sales value of your own home? Did you know you can get an instant, up to date valuation without even having to speak to a pushy estate agent?! Simply enter your postcode HERE.
I also have a YouTube channel all about the Medway property market. Watch my intro.
Share

https://docksidekent.com/blog/could-a-hard-brexit-cause-3-200-properties-to-be-dumped-onto-the-medway-property/24262
Go back to the blog

Will Medway House Prices Fall in 2022     CLICK HERE FOR YOUR FREE MEDWAY PROPERTY NEWSLETTER    As 1 in 5 Medway homes are selling within a...

Over 1 in 4 Medway Properties Being Sold with No Chain     CLICK HERE FOR YOUR FREE MEDWAY PROPERTY NEWSLETTER   So is it a good idea to rent in...

Rainham Property Market: 2011-2021   CLICK HERE FOR YOUR FREE MEDWAY PROPERTY NEWSLETTER   A look back at the Rainham housing market over the last...