Even property people have the occasional down time and whilst reading the Sunday Papers financial pages, my attention was drawn to an article which announced UK inflation had increased to its highest level in a year. Inflation, as calculated by the Government’s Consumer Prices Index, rose by 0.3% over the last 12 months.  The report said it had risen to this level due to smaller falls in supermarket and petrol prices than a year ago. If you recall, in early 2015, we had deflation where prices were actually dropping. 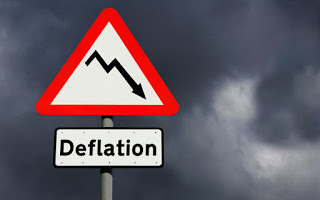 So what does this mean for the Medway property market and especially the tenants?
Back in November, the Office of National Statistics stated average wages only rose by 1.8% year on year, so when adjusted for inflation, Medway people are 1.5% better off in real terms.   Great news for homeowners, as their mortgage rates are at their lowest ever levels and their spending power is increasing, but the news is not so good for tenants.
The average rent that Medway tenants have to pay for their private rental properties in Medway (so not housing association or council tenants) rose by 2.9% throughout 2015, eating into most of the growth.  2015 wasn’t a one off either.  In 2014, rents in Medway rose by 2.2% (where salaries only rose by only 0.2%) However, it’s not all bad news for Medway tenants, because in 2013 rents rose by 1.8%, (but salaries rose by 2.2%).
It must also be noted that the private rents Medway tenants have had to pay for Medway property since 2005 are only 20.0% higher, not even keeping up with inflation, which over the same time frame, rose at 27.8% (although salaries were only 22.3% higher over the same time period)
More and more, I am talking to 20 and 30 somethingswho rent and want to rent – it’s a choice.  Gone are the days where owning your own property was a guaranteed path to wealth, affluence and prosperity.    I know I keep mentioning Europe but some of the highest levels of home ownership are in Romania at 96.1%, Hungary at 88.2% and Latvia at 80.9% (none of them European economic dynamos) and even West European countries like Spain at 78.8% and Greece at 74% (and we know both of those countries are on their knees, riddled with national debt and massive youth unemployment).
At the other end of the scale, whilst we in the UK stand at 64.8% homeownership, in Europe’s powerhouses, only 52.5% of Germans own a home and only 44% of Swiss people are homeowners.  Looks like eating chocolate, sauerkraut, renting and good economic performance go hand in hand. 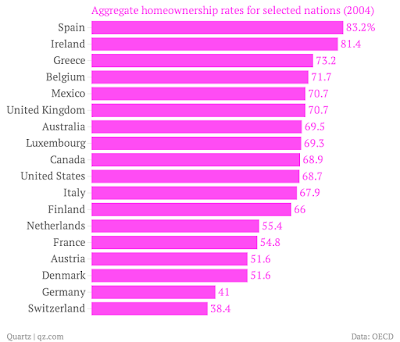 Yet, joking aside, home ownership has not always been the rule in the UK.   In 1918, only 23% of people were homeowners, with no council housing, meaning in fact, 77% were tenants.
Tenants have choice, flexibility to move and they don’t have massive bills when the boiler blows up.  Medway rents are growing, but not as much as incomes. To buy or not to buy is an enormously difficult decision.   For while buying a Medway home is a dream for the majority of the 20 and 30 something’sof Medway, it might not leave them better off in the long run and it isn’t necessarily the best option for everyone.  That is why, demand for renting is only going in one direction – upwards.
If you have any questions at all, please feel free to email me HERE. You can also watch my Medway property videos HERE.
Where are my numbers from?
·      ONS (Office of National Stats) give the UK inflation figures
·      Rental figures – again ONS for the region
·      Salaries are ONS again
·      Homeownership numbers from European Union

https://docksidekent.com/blog/medway-rents-continue-to-rise-and-i-think-they-are-only-going-in-one-direction/24294
Go back to the blog